Good news! Harper Collins has just released the next tranche of Len Deighton reissues in time for Father's Day next month. I'm hoping to get review copies for each of the new edition and will post up reviews when I have them. Assuming they follow the same format as the earlier reissues, the books will each have a new foreword by Deighton plus comments by Arnold Schwartzman the designer about the new covers.
In this reissue are Berlin Game, Mexico Set and London Match, plus Winter. Intriguingly, there's a new title called Len Deighton's French Cooking for Men, which is clearly a reworking of his title Ou est le Garlic? from 1965, repackaged to appeal to a younger male audience by linking the rugged world of spying and cooking, something which was apparent in the film of The Ipcress File and in Deighton's Action Cook Book.
The other front cover images are below. They're certainly different from the earlier styles. They include a real-life representation of - one assumes - the Bernard Samson character. It's a brave design choice, and I'm unsure how readers will react. When Faith, Hope and Charity were published in the nineties - the last three of the Samson nonology - they had photo images representative of the main characters. This meant the image the reader had built up his of each character in their minds was challenged. Readers don't always like that, as imagination is what makes the reading experience powerful. That said, the cover images are striking.
What I also detect in these front cover images is a throwback to the first and perhaps most famous Deighton novels, those with the Harry Palmer character. The tortoiseshell glasses the model is wearing hark back to the Michael Caine character of old; perhaps HC are hoping the reader makes the connection too? However, of course, Bernard Samson is not Harry Palmer. He's of a different era; older, he's more careworn, he has a different backstory. That's the beauty of the character: while he shared some underlying characteristics, he was something fresh: the spy with a family, the spy as bureaucrat, employee, dupe and loyal friend.
Let's see what the reaction is. 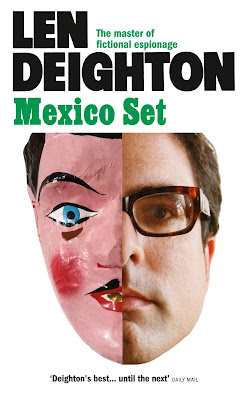 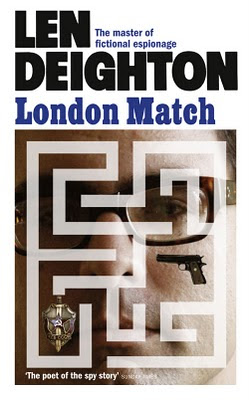 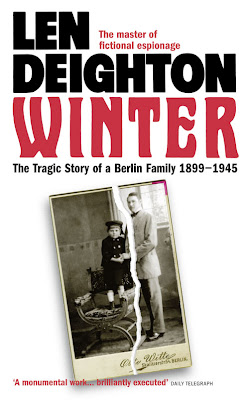 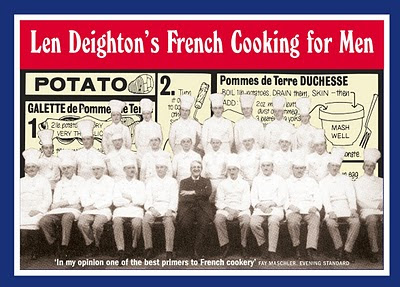