In the rest of the post you'll find picture of this 'Top Secret' file, as well as a short contribution from Len himself about the brain-washing element that is central to the film's story.
Read more »
Posted by Deighton Dossier at Sunday, October 12, 2014 5 comments: 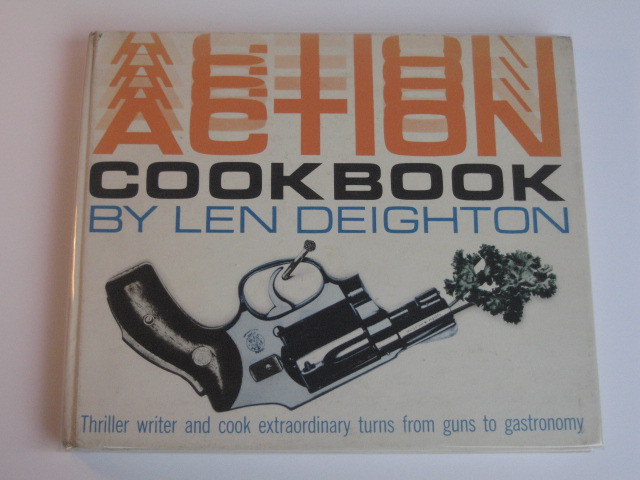 Thanks to David, son of regular contributor Nick Flindall, who spotted this article in yesterday's Telegraph magazine online.

Journalist Bee Wilson, writing in the cooking/life section of the newspaper, looks at the concept of the hors d'ouevre in cooking.  It's a useful article for nothing else that it explains what the word means, something I've never known - outside of the main work. So, in a cooking sense, sort of maverick, rejecting convention and current trends perhaps?

In this context she refers to Len Deighton's Action Cook Book, of which she writes:


'[the book] looks like a joke, but many of Deighton's thoughts on food remain fresh and witty. He puts cardamom in rice and tarragon in scrambled eggs. He counsels us to avoid "dodgy" pineapples and to invest in a good omelette pan. Of fennel, he writes, "looks like pot-bellied celery, tastes like liquorice".'

Coming up soon - a blog post on the Ipcress File, with a small contribution from Len based on recent emails.


Posted by Deighton Dossier at Saturday, October 11, 2014 No comments: