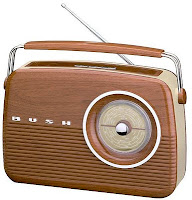 Earlier this year I spent a day with radio producer Philip Coulter from the Canadian Broadcasting Corporation's Ideas programme, a long-running radio documentary programme. He was interviewing Len Deighton for a profile which looks at his career and in particular at the themes of human loves and fears, and office politics too, which drive the world of espionage in Len's novels.

Philip approached me, as the creator of the Deighton Dossier website, to contribute my thoughts to this programme which I was glad to do. We spent a morning walking around London chatting about Deighton's books and characters in the locations where some of the great scenes in the book take place.

The profile was very interesting. Philip interspersed selections from his interview with Deighton with readings from Game, Set and Match and contributions from me from our day-long walk around London. I think it came across quite well, and there were some interesting new insights from Deighton about his approach to writing the book and his motivations behind the creation of the iconic Bernie Samson character. Also touched on was his views on the English class system, on the motivation of spies and his approach to writing.

Blog readers should check out the Ideas website. The show was broadcast on Monday evening, 1930h Canadian time, on a number of digital channels; it can also be found on listen again on the CBC website. The programme also has a podcast, so it should be possible for readers to listen to the programme in one way or the other.

If you listened to it and enjoyed it, share some of your thoughts on the Deighton Dossier forum or in the comments section of this page.
Posted by Deighton Dossier at Saturday, September 25, 2010 No comments: 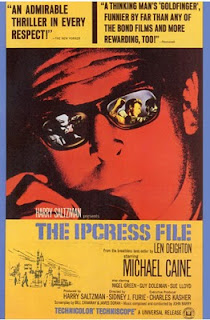 All through what was effectively a simple choice of costume!
Posted by Deighton Dossier at Saturday, September 18, 2010 No comments:

Michael Caine on the erroneous return of Harry Palmer

The piece, written by Caine, talks about some of his struggles in the middle part of his career when great characters started to dry up and his career was at a crossroads ... which his decision to film On Deadly Ground with martial arts champion Steven Seagal in 1994 did little to address.

The year after, during this career slump, he talks about revisiting an old friend - his character of Harry Palmer, which he'd made internationally famous in the sixties with The Ipcress File, Funeral in Berlin and Billion-Dollar Brain.

Interestingly, Caine says his decision to go back over old ground "almost finished me off". Some interesting experiences with the local Russian Mafia and the Russian security forces had Caine questioning quite what he was doing:


"The filming itself was a joke. The final blow came when we were shooting in the Lenfilm studio itself. I wanted to go to the toilet and they directed me to it. I could smell it 50 yards away and it was the filthiest lavatory I have ever seen."

That seems an appropriate reference. Both Bullet to Beijing and Midnight in St. Petersburg are pretty poor films, and not a great legacy in light of the earlier masterpieces which put Deighton's unnamed spy on a cinematic par with Bond.

Though billed as Len Deighton's Bullet to Beijing, the film script was written by Peter Wellbeck and, of the two movies, this is the better, though both are dragged down by Jason Connery's wooden acting (his performance giving the lie to the idea that star quality passes down in the genes).
Len Deighton is involved as a co-writer of the script for Midnight in St. Petersburg, though the idea is not based on any existing Len Deighton novel. There is ample evidence to suggest that much of Midnight in St. Petersburg is cobbled together with edited-together out-takes from the earlier Bullet to Beijing filming, and the storyline is definitely threadbare.
Midnight in St. Petersburg, is actually a made-for-TV movie was produced for a pay-TV channel in the states, Showtime, part of the deal with Caine being that he would only make it if the big-budget movie - Bullet to Beijing - was made alongside it. It shows - it has the feel of a straight-to-cable movie.
The nature of this deal gives an idea of where Caine's career was at the time. Not in a great place. Possibly at an end. But as the rest of the article recounts, thereafter Caine saw an upswing in his career with meatier roles leading up to his Oscar winning performance in The Cider House Rules in 1998.
Very interesting article.
Posted by Deighton Dossier at Saturday, September 11, 2010 2 comments:

Bits and pieces for your delectation 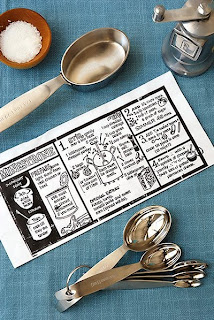 Every once in a while browsing the Interweb I stumble upon articles referencing Len Deighton and the related world of spy espionage. Sometimes, too, readers send me links to interesting some if the farthest reaches of the World Wide Web.

I found two articles from The Guardian newspaper in the UK.  The first is a short piece from the lifestyle section on blenders. Yes, blenders - the electric kitchen utensil. The Deighton connection? Well, his dismissive reaction to these new gadgets in the 'sixties - recorded in his Action Cook Book - opens the piece. Of more direct Deighton interest is this review from last year, when that self-same book was republished - with much success - by Harper Collins. Cooking columnist Rachel Cooke - one of the journalists who last month put Action Cook Book at #44 in the all-time best cookbook list in The Observer - reviews this pioneering gastronomic guide for guys.

As well as being insightful, beautifully designed and promising the best meal of her life, the book "contains a very reassuring, no faffing, recipe for Béarnaise sauce".
Posted by Deighton Dossier at Friday, September 10, 2010 No comments:

I've read online today an interesting interview with David Cornwall - better known by his literary alter ego John Le Carré - in which he recalls his decision not to meet Kim Philby, the Soviet spy of Cambridge spy ring fame who, the article recalls, no doubt played a part in ending Cornwall's career in MI:6 and MI:6.

The Sunday Telegraph magazine article reveals the depth of contempt the writer feels for Philby. Offered the opportunity in the late eighties to meet with the famous double agent, Cornwall recalls his disgust at the prospect of meeting a man responsible for the demise of British agents:


'"I couldn’t possibly have shook his hand,’ he shudders. ‘It was drenched in blood. It would have been repulsive. Lord knows how many agents Philby betrayed. They were tortured in terrible ways.'"

This is a very long and detailed interview with the author - timed as part of the PR push around his new novel 'Our Kind of Traitor' - and it reveals a number of interesting anecdotes about as well as some familiar and unfamiliar tales about his childhood. His new novel is based in Russia and draws on the world of the Oligarch, inspired by a meeting Le Carre had with a big-time crook Dima just at the end of the Cold War:


‘After a long wait, Dima, flanked by a bevy of heavies and a posse of pretty, pouty, scantily clad young women, deigned to arrive. He was a big monster of a man who looked like Telly Savalas.’

Fascinating portrait of one of the collossi of British espionage writing.
Posted by Deighton Dossier at Thursday, September 02, 2010 1 comment: