Friend and Deighton biographer Edward Milward-Oliver points readers in the direction of another article in today's Observer newspaper, by James Bridle, entitled 'The Power of the Pen'. It picks up on the interested generated by the Slate article on Len Deighton's pioneering use of the word processor, and includes a quote from science fiction writer William Gibson on the power a computer gives the author to develop his or her story.

Clearly, this subject's generated a lot of interest from writers and readers alike. If I see more pick up of it in the media and online I'll post the links for readers here.

Further update: the curator of e-manuscripts at the British Library has also referenced this earlier article, and added his own spin, including some interesting new photographs.
Posted by Deighton Dossier at Sunday, March 17, 2013 2 comments: 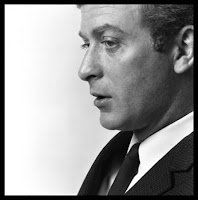 When the home computer took up most of your home: Deighton and the Word Processor ...

Len Deighton's book Bomber, as well as being cited as one of the best 100 books of the 20th Century by Anthony Burgess, was also, interestingly, the first book to be written on a word processor. We're so used nowadays to the Internet, and writing blogs, and printing out documents on Word and editing them on our mobile phones that we forget that things, for writers, were a whole lot different back in the late sixties and early seventies.

Correspondence with Deighton biographer and friend Edward Milward-Oliver this week pointed me in the direction of an excellent - specialised - article in Slate, the online magazine. This piece, by Matthew Kirschenbaum, is entitled 'The Book Writing Machine', and explains the little-known - and much contested - story of the first book to be written fully on a word processor.

Edward informs me that Kirschenbaum, an English professor writing a literary history of word processing, has been contributing to a debate within literary circles over the last few years about who did write the first book on a word processor. Early candidates included Stephen King and crime writer Stuart Woods. Thanks to a note from Edward, Kirschenbaum was put onto the fact of Len's lead in this area from the late sixties, and the result is his article (and presumably, forthcoming book!)

Len has always been a technophile and was writing in the sixties at a time when the computer was entering the office workplace and government, and creating new opportunities - and challenges - for organisations, including the security services. Computers would become an integral part of the Cold War challenge of outwitting the enemy and cracking codes in minutes that might previously have taken a code-breaker hours or even days. Len, of course, introduced the computer theme into his first series of novels. Billion-Dollar Brain features a mainframe computer that manages a series of free agents under cover in the Baltic states, working to bring down the communist state. The front cover design by Raymond Hawkey also feature one of the first Honeywell computers in the UK.

His interest in using technology to develop his writing efficiency is well establish in Kirschbaum's article, which relays - through a new interview with Len - some fascinating anecdotes about the physical reality of owning a word processor in the late sixties. Today, one is not required to remove the front window from one's flat to get an iPhone home!

Kirschbaum tells how Len was what one would nowadays call an 'early adopter'. The new IBM MTST word processor he leased in 1968 - the first owned by a private individual in the UK, arguably played a big part in helping him write his most critically-acclaimed book. The author writes:

'In the States, the MTST retailed for $10,000; Deighton leased his as a hedge against its eventual obsolescence. Because he had opted for the most expensive of the four models, it had an additional tape storage reel (much like the dual floppy disk drives that would begin accompanying personal computers a decade or so later). The operator could retain two different bodies of text at the ready “on-line,” and even blend them with one another in the course of producing finished pages—what we would today call a mail merge. For a project such as Bomber, which involved continuous cross-referencing between the different narrative episodes, this was to prove a particular advantage. Ms. Handley [Ed.- Deighton's personal assistant] was also able to take advantage of a feature that allowed special magnetic marker codes to be recorded on the tape, thus enabling near-instant access to any passage so flagged; this was crucial to ensuring consistency in the technical portions of the manuscript.

“One might almost think the word processor (as it was eventually named) was built to my requirements,” Deighton told me.'

This is not the first time that Len has shared his experiences with the early word processors, which helped to automate and speed up his already legendary approach to note taking and research. In the 1980s he wrote the forward to The Writer and the Word Processor, an instructional guide from 1984 designed for the home user, at a time when home PCs were starting to enter the living room. In his foreword, Len quoted a lunch comment from his friend, author and critic Harry Keating:

"It used to be that when writers go together, they talked about money; now they talk only about word processors"

It's a world away from how things are now, when any author has at their hand instantly the tools not only to write but the publish and broadcast their work to the whole word. And not a plug or a 5 inch floppy disk in sight.