The Spectator on Fleming 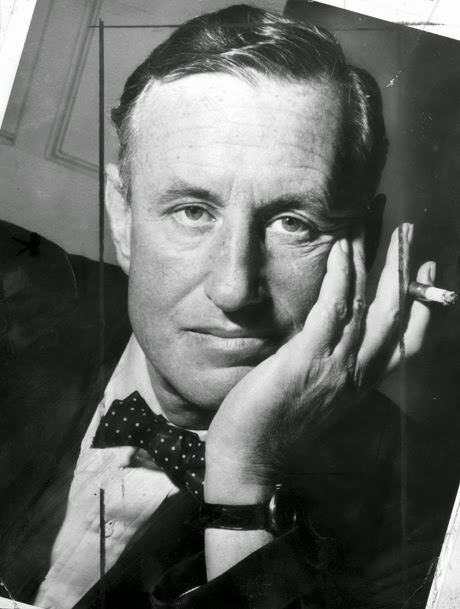 If you haven't seen this article on The Spectator website, worth checking out (no subscription required). Interesting perspectives on the author of the Bond novels from the magazine, in which he and his books featured regularly and many of the staff of which he also new well. There's so much been written about Fleming it's always interesting to read slightly different perspectives.

Readers may then want to check out Len Deighton's recent e-book on Fleming and his (albeit minor) role in the character's on-screen development.
Posted by Deighton Dossier at Wednesday, August 13, 2014 1 comment:

If you've missed this on The Telegraph website this week, neat little article reporting that, one century on from the first world war, Vienna - the capital of Austria - remains a centre for world spying. The recent upsurge in violence in Russia has thrown a light again on the strategic tensions in eastern Europe and the Russian capacity to spread its influence beyond its borders.

In the ever useful The Len Deighton Companion by Edward Milward-Oliver in 1987, he writes this about the entry 'Vienna':


"Vienna. Although no longer the capital of an empire, Vienna is unchanging. Sachers is still serving the Sacher Torte cake it served at the turn of the century - an era notably depicted in the beginning of Winter, in which we find Veronica Winter in the first stages of labour as her husband is summoned to a meeting with the secret police chief, Count Kupka. Thirty-eight years later, Paul Winter returns to the city of his birth, to find the restaurants and shops filled with German tourists who've arrived within hours of the German Army crossing the front to enforce the Nazi Anschluss."


Right throughout espionage literature, Vienna's always had a central spot as a location for intrigue, threats, exchanges and murder. Worth a read.
Posted by Deighton Dossier at Saturday, August 02, 2014 9 comments: