How about a bit of Cold War nostalgia on TV? Forgotten what things were like when two superpowers ruled the world? Then maybe new drama The Americans (co-produced by Fox TV) will bring back some memories.

This is debuting in the UK on the ITV network tomorrow evening. The story centres on an pair of Soviet spies living as a loving American family in Suburbia at the time of the Reagan election, whose cover is potentially blown by the arrival of an FBI agent in the area. Sounds fascinating, and I'm loving the ident for the drama (see picture) drawing on the classical design of sixties and seventies era Soviet propaganda posters.

Given the recent announcement of plans to film all nine of the Game, Set & Match books, is this the start of a period of Cold War nostalgia from programme planners? I'll be interested to see the results!

If any readers in the States have already seen it, what's the assessment?
Posted by Deighton Dossier at Friday, May 31, 2013 2 comments:

Competition - win a copy of a spy thriller classic - Tightrope

Fancy a chance to win a copy of a somewhat forgotten but now revived espionage thriller? If so, read on. 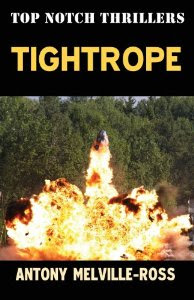 Resurrecting out-of-print classics of British thriller and espionage fiction is the job of Mike Ripley, author and series editor behind Ostara Publishing's "Top Notch Thrillers" series of paperbacks. Each title is selected not just for its plot or sense of adventure but the for distinctiveness and sheer quality of its writing. Mike's kindly donated some books to the Deighton Dossier and it's my pleasure to give away a brand new copy free.

Supporting the dissemination of good thriller and espionage writing should be one of the goals of any member of the C.O.B.R.A.S. community, and I'm pleased to do so again, having last year held a similar competition where the prize was The Pass Beyond Kashmir by Berkley Mather.

This time, the competition gives Deighton Dossier readers a chance to win a copy of Tightrope, by Anthony Melville-Ross.

It's got the lot. Bombs. Action. Agents. Conspiracies. Terrorists. The plot concerns a global plot holding the UK to ransom, with the "Department" of agent Al Trelawney under attack. The enemy turns out to be The Standard Bearer, a shadowy global organisation with bases all around the world. With the spies seemingly being spied on, smoking out the truth behind their agenda proves a tough ask for agent Trelawney. This being a rip-roaring thriller, the way he gets to grips with the threat and seeks its cause will keep the readers page-turning all evening. It's an easy read - the text flows well, the narrative is easy on the ear all the time and the plot is sufficient convoluted and twisted to keep the reader guessing throughout each chapter. Just over 200 pages, so definitely a weekend reader rather than a lifestyle choice.

Melville-Ross, who died in 1993, wrote only six novels. These he published between 1978 and 1985, drew on his experiences as a sub- mariner in the Second World War, in which he was awarded the DSC. He was, as many good espionage writers seem to be, also a Cold Warrior and former Secret Service officer. So, he wrote about what he knew! He's been compared Alastair Maclean and Desmond Bagley in style!

To win this copy - which I will make open to readers in Europe and North America only (to keep postage costs within reason), answer this question:

Closing date for entries: 15 June 2013
Entries via email: deightondossier [at] me [dot] com

Editor's decision is final. No correspondence will be entered into. Winner notified by email.

Competition winner: Lyndsay Williams, who has been notified.

Thanks to all who entered. Do think about purchasing the book anyway; it's a good read, as are the others in the catalogue.

Posted by Deighton Dossier at Wednesday, May 22, 2013 No comments:

Email ThisBlogThis!Share to TwitterShare to FacebookShare to Pinterest
Labels: competition 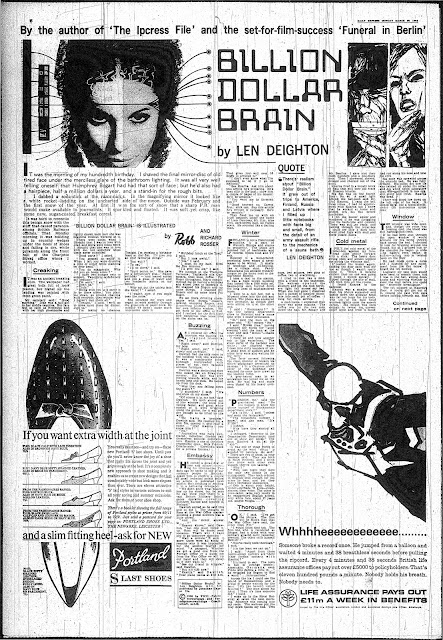 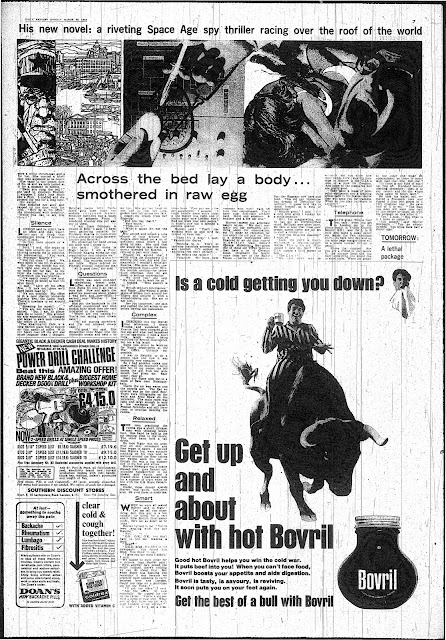