Faith is number seven in the Bernard Samson triple trilogy. The reader starts the novel having already absorbed a huge number of stories, events, twists and surprises over the previous six parts: Fiona's betrayal, Bernard's struggle over his two loves, the crisis of confidence within London Central, Werner's hidden past and Dicky Cruyer's career overtaking Bernard (he's now acting Director of Operations when the novel starts).

Bernard is still seeking the truth and is in Magdeburg - grimy, run-down, bleak, utterly East German. He's after Verdi, a KGB defector who has promised him access to the KGB mainframe and information about the death of Fiona's sister Tessa. Fiona, now working for Dicky, is as determined as Bernard is to find the truth. Others in London, evidently, are not.

Dealing with the stress of managing the Verdi operation, the reader finds Bernard also having to grapple with the repercussions of a mixed-up career and home life; and Bret's back and evidently back to seize control of the steering wheel, with support from Gloria. The Verdi mission ultimately fails, and the truth about Tessa's death is nearer the surface, but still waiting to be solved. Bernard must keep digging and have faith he'll find the truth.

The new introduction
Much of this story is set in East Germany and in his introduction Deighton explains that his knowledge of Germany and his extensive list of contacts and friends - 'German history has always obsessed me' - has allowed him to weave authenticity into every paragraph of the novel. So, a throw-away line in the novel, that Adolf Hitler's remains were kept by the KGB in Magdeburg, is a product of a lot of research into evidence from Soviet files indicating that after the Soviet secret police discovered them in the ruins of the Reich Chancellory, they were taken first to Magdeburg, then on to Moscow. Deighton's research, he says, confirms they are still there, 'like the revered body fragments of an ancient saint.' He recounts too that much of his findings from hours spent in Germany talking to people and checking officials didn't appear in the novel. Scope for a fourth trilogy, one day, perhaps?

From this new introduction the reader picks up not just the care and attention paid to the hugely complex story lines, but Deighton's genuine affection for the characters which - over ten books - have had more time to grow and evolve than most characters in a novel. Bernard, Fiona, Tessa, Dicky et al lie at the heart of the novels, Deighton reveals, and they have left a lasting impression:


"Writing ten books about the same small group of people is a strange and demanding task. I am a slow worker, and I don't take regular vacations or set work aside for prolonged periods. Ten books meant about fifteen years, during which these people, their hopes and fears and loves and betrayals were constantly whirring about in my brain. They disturbed my sleep and invaded my dreams in a way I did not enjoy.... Unlike the content of my other books, Bernard Samson and his circle became imprinted on my mind and remain there today."

That certainly came across when I chatted with Len earlier this year. These characters live with him; in a way, he knows them as well as any spouse, lover or therapist would do and consequently, the actions and words of each are so honed and utterly believable. Deighton told me that dialogue is crucial in his novels and he's always sought to present and use it with authenticity.

The new cover design
The spine motif - Bernard Samson's name spelled out in torn strips of airline baggage tags - is now almost complete with Faith and on the bookshelf it creates a great effect, meaning the reader wants to display these books together; he or she wants to revel in the sheer bulk and width of the story he or she has enjoyed up to this point.

The lace curtain on the front cover is, Arnold Schwartzman notes, an obvious but subtle metaphor for the Berlin Wall - or anti-fascist protection rampart (Antifaschistischer Schutzwall)  as it was more formerly known. But the way Samson is portrayed behind it is unusual, but has a purpose:


"I discovered that by placing a larger-than-life photograph of Samson in the window it created a rather surreal effect. Rather like Kong peering in at an unsuspecting Fay Wray, Bernard looms behind the curtain, an unwilling outside ostracised from domestic comfort."

I also really like the motif on the back cover: a traditional paper cut heart (Wycinanki in Polish) torn asunder by a KGB badge, representing very clearly the impact that Stinnes and indeed London Central has had on the relationship at the very heart of this story. It's a lovely touch and like all the new covers in this series, portrays the  complexity of the story - labyrinthine even, at this stage - through the every-day in some stunning visual images against a clear white background (again, the link back to the pioneering white covers of the 'Palmer' novels of the sixties).
Posted by Deighton Dossier at Saturday, July 30, 2011 No comments: 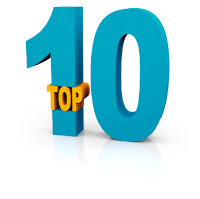 It's difficult to disagree with The Independent's choice of the top 10 spy novels: Riddle of the Sands, Thirty-Nine Steps, Spy Who Came in from the Cold. All good. No filler.

Email ThisBlogThis!Share to TwitterShare to FacebookShare to Pinterest
Labels: article

.... is the frequent call in houses around the world when someone has a new poster. And, invariably, it's right at the back of the kitchen draw along with balls of string, dead batteries, scissors, pegs (singular), and other detritus.

Why might you need blu-tack? Well, to put up this handsome poster of Jane Fonda as sixties space starlet Barbarella, before the whole Viet-Cong thing and the inevitable slide into actually very lucrative fitness video and a marriage to the equally lucrative Ted Turner.

This is the gift on offer in a competition by Jason Whiton of the ever-excellent Spy Vibe website, which is part of the COBRAS collective. This sounds like an anarchist theatre group but is in fact the online grouping of a great bunch of websites devoted to all themes spy, and related cultural themes and memes.

What's the task? Send an email. Simple as that. The (very, very short) instructions are on the website, so do check it out. If the prospect of winning a cool sixties poster isn't enough, you can read about all manner of things: the Man from U.N.C.L.E., the Persuaders, Mrs Peel in Underwear, Mission Impossible.

I was a little late on this one, but last week saw the death of Mario Cassandro, London restaurateur and arguably a man who changed the British palate with his authentic Italian trattoria in Soho, Terrazzo.

For the first time in sixties London, he served authentic pasta, in an informal atmosphere, and made it popular. In a London still used to rationing and Brown Windsor soup, he couldn't really fail.

Alastair Scott Sutherland wrote about his impact in the excellent book The Spaghetti Tree, to which Len Deighton wrote the forward. It recounts how Cassandro literally changed everything about eating out: mood, menu, waiting, dress code, wine.

In the sixties it was the place to be seen - a social nexus. Len Deighton and David Bailey were early patrons. Deighton wrote portions of his first book here, and was introduced to his great friend Michael Caine here too.

And famously, Deighton referenced it in The Ipcress File, giving the restaurant a great bit of PR:

"In London with a beautiful girl, one must show her to Mario at la Terrazza," says our unnamed hero!

Listen to it while you can on Radio 4's The Last Word obituary programme.

The Telegraph also carries a nice obituary. as does The Guardian.
Posted by Deighton Dossier at Friday, July 08, 2011 No comments:

Is it possible to have such a thing as negative innovation? Retro-creativity? Backward-looking foresight? 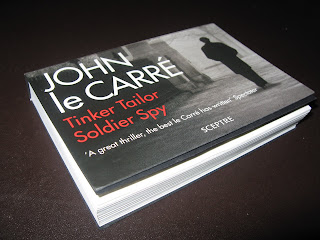 In publishing, perhaps so. The future - if you read the pages of the major newspapers and online sources - is electronic. It's 'e'. e-Books. e-Readers. e-Novels.
The days of the book, you might think, are numbered. The paperback is headed in a few years for the great bookshelf in the sky. The irrational turn-on one finds in opening a brand new hardback book is a fleeting pleasure to be enjoyed while you can and soon lost to the biblophile. In the brave new world of literature, there's no sifting through the first few pages, the swish of the paper and the smell of the just-off-the-presses text hinting at the reading pleasure ahead. Just text. Efficient, clean, text, just there. Ready.
At the touch of a button. Bing - there you are. New novel. Exactly like all the other new e-novels. A great story ... but, somehow, not the same. The traditional book - spine, cover, pages, turned over corner, is on the canvass. Bloodied.
Ah, now, look....see, the book's put in a parry. It's fighting back, getting in a punch or two, thanks to a great little innovation which, while it may not hold the electronic hordes at bay, might take a few of the e-book sluggers down in a brave - but perhaps foolish - rearguard action against the ropes.
What do I mean? Flip back books. I stumbled across them in my local bookshop, the name front of mind thanks to a great radio marketing campaign. And what a pleasure! All the sensation of a real book, but with half the fat, metaphorically speaking. 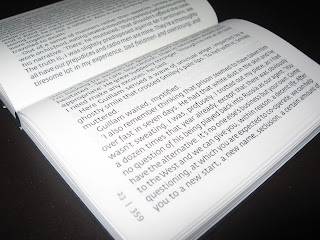 A simple innovation of printing a novel with the pages turned bottom to top, rather than the traditional right to left, and the pages made of super-thin paper, allows the book to be truly pocked sized - and smaller than an e-reader, I might add - but retaining all the tactile sensations of a traditional tome.
I picked up le Carré's Tinker, Tailor, Soldier, Spy in this format, not having read it for many years. The flip back book makes the story of George Smiley tracking down the activities of 'Gerald' and 'Lapin' in creating merry havoc in the Circus a real reading pleasure. It's easy to hold one-handed - great format for packed commuter trains, where one free arm's the best you can hope for - and the pages can be turned with the merest push from your thumb, as thin and delicate as a layer of a mille-feuille pastry.


In the book market, anything that provides competition and user choice is welcome, and this new format - sure, a little pricey - adds something new and I take my hat off to the people at Sceptre for taking a leap of faith.
I await with interest news of other thriller writers coming out in this format!
Posted by Deighton Dossier at Friday, July 08, 2011 No comments: