André Deutsch was one of the most familiar names in British publishing until its independent status was lost when it became part of the Carlton Imprint. Started by Hungarian emigré Deutsch in 1952, the company went on to publish works by some of the most seminal writers of the second half of the twentieth century, writers like Jack Kerouac, Margaret Attwood and Norman Mailer.

Len Deighton, recent graduate of St Martin's School of Art and the Royal Academy, was one of Deutsch's go-to designers for both book covers (Deighton famously designed the front cover for the UK first edition of Jack Kerouac's On the Road) and other marketing work for the company between 1956 and 1963, after which he turned full time to writing.

Much of his design work is still unknown and rarely seen. A recent visit to the UK André Deutsch archive at Oxford Brookes University led me to uncover the full range of covers which Deighton designed for the André Deutsch book catalogues, all of which demonstrate his distinctive use of black outlining and contrasting colour.

A selection of them is reproduced below: 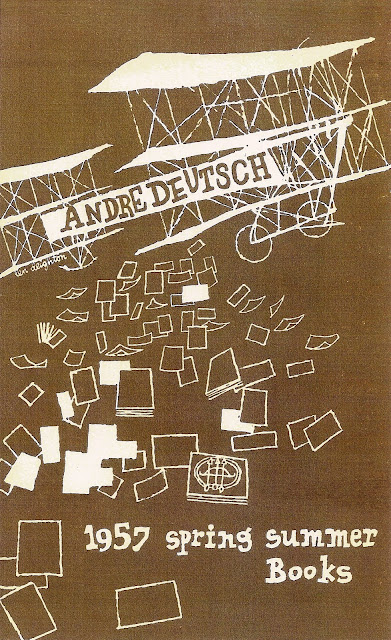 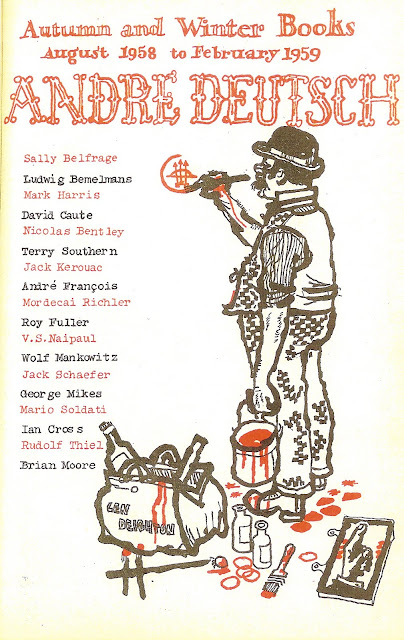 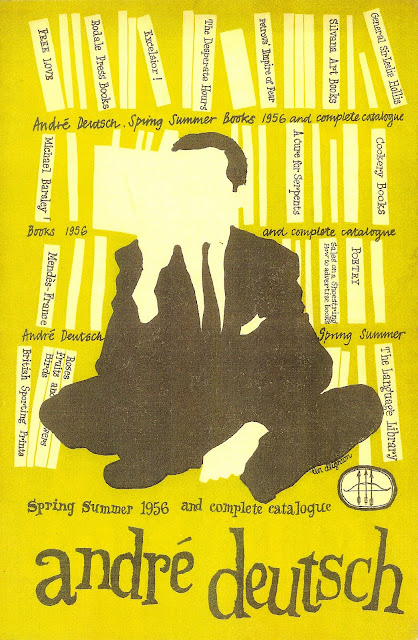