New insights into the cloak-and-dagger world of British espionage 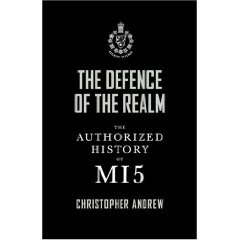 A big PR push this weekend for a new book about spying which includes the fantastic revelation that Britain's own secret service once kept an open file on the UK prime minister, suspecting him of extensive links with East European businessmen.
Defence of the Realm, a new official history of MI:5 by Christopher Andrew - appropriately enough, a Cambridge professor - is launched on Monday, and a fascinating read it would appear to be.
Professor Andrew was given unique access by MI:5- after being vetted, naturally - and while parts of his text have been vetted for reasons of national security, MI:5 would seem to be adopting an enlighted approach to corporate transparency in letting him reveal what he has in the book.
Some interesting revelations in the pre-launch PR spiel. The idea propogated by Peter Wright, the former MI5 officer, in his memoirs, Spycatcher, that Sir Roger Hollis, a former head of the agency, was a Soviet agent, are dismissed. But there is recognition that the agency was slow on the uptake about the threat to security from republican and protestant terrorism in Northern Ireland.
It seems that Professor Andrew has been given a lot of scope to be quite blunt (not Blunt!) about the organisation, being especially critical reviews say about out-of-touch f senior officers whose poor management and obsession with "domestic subversives" led to a crisis culminating in the conviction of Michael Bettaney, one of its officers, on spying charges in the mid-1980s.
The book describes the uneasy relationship between MI:5 and successive home secretaries, some of whom it would appear were scarily out of touch with what MI:5 did.
There's an interesting review of it in The Guardian. It was also featured heavily on the broadcast media this weekend, including BBC Radio 4 and Radio 5, and on the BBC's website. The fact that MI:5 had a (rather large one suspects) file on Prime Minister Harold Wilson, due to their suspicions of his links with trade unionists and eastern European shady business characters, clearly is the headline grabbing story from this book, but there are likely to be dozens of other fascinating insights. But I look forward to reading about the realities of Britain's anti-espionage efforts and understanding how close we came at times to complete disaster.
The book is launched on Monday. It is available for pre-order from Amazon.
The other side of the spying coin is the British intelligence service, MI:6, which at times had quite a difficult relationship with the sister service. The official history of MI:6, also founded 100 years ago this year, is being written by Keith Jeffrey, professor of history at Queen's University, Belfast. It will be published in 2010, but only covers up to 1949; one hopes that a second volume up to the present day will be released shortly thereafter!
Posted by Deighton Dossier at Saturday, October 03, 2009