Much of the work Len undertook at the time after leaving St Martin's School of Art and the Royal Academy was in book cover design. As a freelance designer working for publishing houses and magazines, Len must have produced hundreds of design commissions, from the large to the small. But most will have had the distinctive trademark of Len's design work during this period - the black outlining, the minimal use of conventional shading, strong matte colouring and lettering that made use of all sorts of new and modern fonts, all of which made Len's covers stand out as exciting and eye-catching. He certainly took advantage - as other illustrators did during this period - of the possibilities from new printing and production techniques, and the freer expression being developed in London's art schools, that allowed book covers to tell stories in themselves.

Len's most famous commission is the cover for the UK first edition of Jack Kerouac's beat generation novel On the road, which as well as being one of the most sought-after of Len's cover designs (good copies go for £800+) is now available in poster, t-shirt, greeting card, postcard and tea towel, such is the popularity of the design and its compelling pen portrait of the story of Sal Paradise and his travel's across 'fifties American heartlands.

Equally as important at this time are the numerous penguin covers Len produced, recognisable by the iconic orange and white covers and the strong black line designs. In the book Penguin by Illustrators from 2009, Len gave some insight to the life of a freelancer in the fifties, working to deadlines and always needing to be creative:


Long, long ago I lived in Central London. I was easy to reach. I delivered on time, and have never been known to turn away a paid job. I became an artist of last resort and often faced ferocious deadlines: 'I know it's Friday afternoon, Len, but we need it Monday morning, so I'll get the proof round to you tonight ... or maybe first thing in the morning.' At Penguin, my drawings were seldom modified by orders from above - maybe they should have been. Not enough time I suppose.

The result was a mixed bunch of covers; from them I recall John Wain's Hurry on Down, my Budd Schulberg cover for The Disenchanted and Iris Murdoch's Under the Net as being reasonably successful. The colour bands went from horizontal to vertical to make more room for cover drawings, many of which  were hurriedly produced and not good enough. While money and time were lavished upon typographic perfection the artist was the last in line when it came to fees.

Len believes he did around 22 book covers during his time as an illustrator, but he - and we - think there may be other examples of his cover or endpaper illustrations out there in the world of books which might have been overlooked with the passage of time. My personal favourite - as a baseball fan - is the cover for George Plimpton's Out of My League, the story of a journalist who convinces himself he's got what it takes to step up to the plate of his local baseball team and face an innings from the star pitcher. Len's illustration perfectly captures the fear and anticipation of the baseball hitter as he waits in the dugout to face the curve ball and the sinker.

Below are the details for the covers which are known about by collectors and which are illustrated in the image below. If any readers, design and illustration historians or collectors know of any other Deighton covers that should be added to this list, do please get in touch!

The Revelations of Dr Modesto

Advocate for the Dead

The Idle Demon: a Collection of Verses

The Key Above the Door

Tender is the Night

Out of My League

The full collection of Len Deighton covers is below, kindly provided by Edward Milward-Oliver. 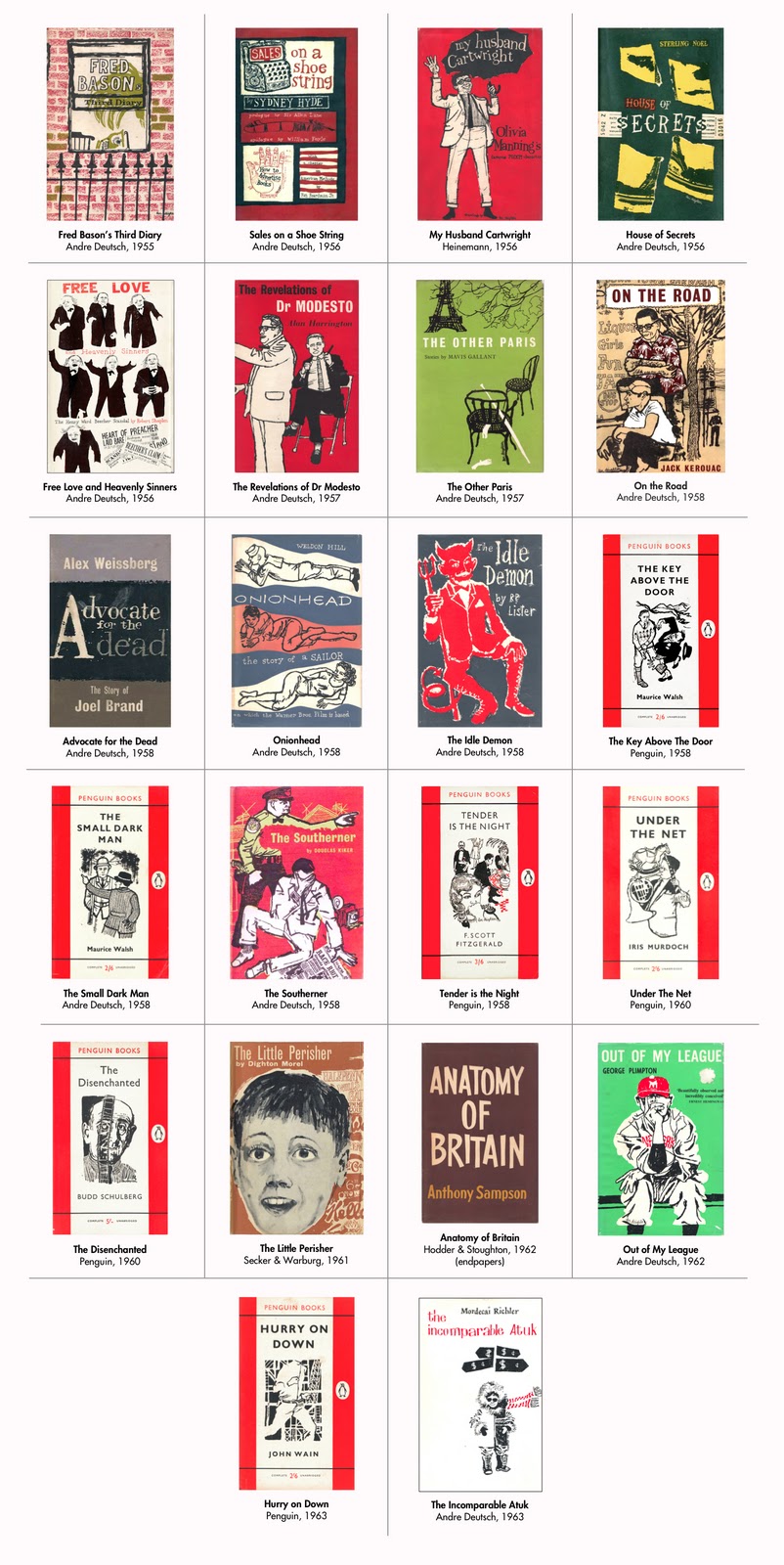