Bomber to finally make it to celluloid? 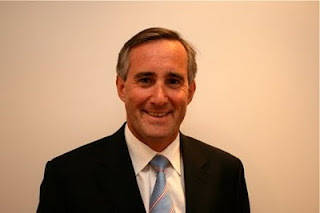 After missing out on the 'Lost' Man Booker Prize for 1970 with his novel Bomber, might there be some compensation in the world of films?

Banker and businessman Bob Wigley is looking to bring Bomber to the cinemas, which is great news. It's a stunning novel - one of the most accurate and even-handed depictions of the confusion and bravery of war - and would make an epic film. In the early nineties, there were plans to bring it to the cinemas but the production was switched by Michael Caton-Jones to Memphis Belle, primarily - if I recall correctly - on account that there were more skyworthy US Flying Fortresses at the time for filming than Lancasters, which feature in Deighton's novel.

The article quote Mr Wigley: “My job is to help raise the money. All €15m (£13m) of it. It may not be obvious why a banker is involved in films but it’s amazing how many commercial ideas you have.”

Wigley is chairman of both the directories business Yell and the property group Sovereign Reversions, as well as head of the Conservatives’ Green Investment Bank Commission. The film is close to his heart. His father was a RAF navigator on a Lancaster bomber during the war. The cast for Bomber is apparently being assembled now.

I've written an email to Mr Wigley to see if I can get more information about his plans for the film. Sounds intriguing. Keep an eye on this blog for more news?
Posted by Deighton Dossier at Tuesday, April 13, 2010