He's the Mole from the Ministry* 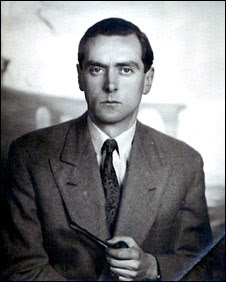 Interesting article up on the BBC website this week about Stephen de Mowbray, former MI:5 agent who left the agency in 1979 after senior officials failed to take seriously his allegations of Soviet infiltration high up in the security service. He has come to the surface, so to speak, following last year's publication of the official history of the Secret Service, Defence of the Realm.

In the book, De Mowbray's claims are the subject of a chapter subtitled "Paranoid tendencies" which recounts his work as well as that of two colleagues, Peter Wright (author of the controversial Spycatcher) and Arthur Martin. The book quotes an MI5 director saying of the group: "Involvement in counter-espionage cases induces in some a form of paranoia." De Mowbray himself is referred to - although not by name - as "the leading SIS (Secret Intelligence Service) conspiracy theorist"; he is connected to the work of 'spycatcher' Peter Wright, whom the government sought to silence in the eighties for his embarrassing revelations about the service. The official line seems to be that in his search for infiltrators de Mowbray became over-zealous and prey to the exaggerations of the agents providing the information.

It's an interesting article which is definitely worth reading; gives another angle to the 'official' perspective offered in Defence of the Realm. Of course, infiltration in the secret service is a familiar subject in spy fiction - I mean, it forms the main plot theme for Len Deighton's Game, Set and Match trilogy, in which the main character Bernard Samson uncovers what he thinks is a Soviet infiltration at the highest echelons of 'the department'.

[* XTC fans may get in title reference to the track from the Dukes of Stratosfear's 25 o'clock album!]