The publicity shots below show something of Deighton's approach to marshalling the facts and ensuring every novel he wrote didn't leave his hands without being scrupulously accurate. 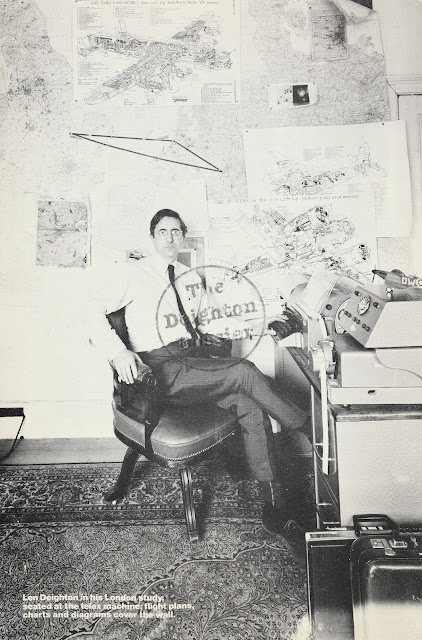 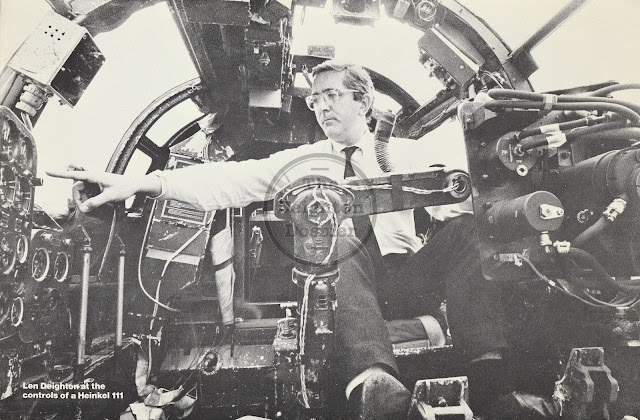 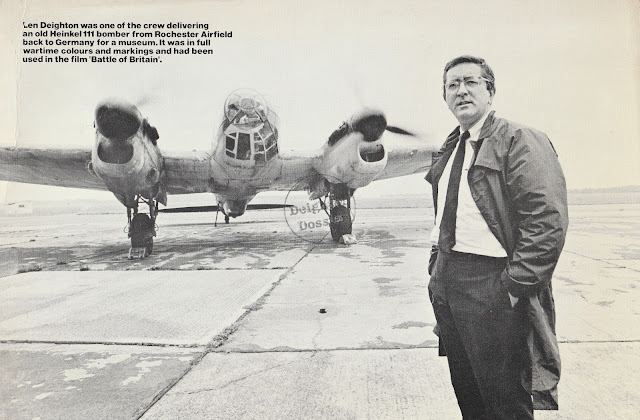 Bomber is the epitome of this. Not content with researching archives and military histories to understand what the reality for a bomber pilot during the war was, the author was able to use his renown to get access to the real thing - as the above pictures illustrate (although, this is of course a German bomber); it also allowed him to talk extensively to air and ground crews - on both sides - who flew the planes and maintained them, to ensure that every description, every conversation on board the plane and on the ground, had the verisimilitude that he felt would give the reader the best experience and, metaphorically at least, put him or her in the plane with the main characters.

As the top picture shows, assiduous use of military maps and information, with every fact and snippet added to an extensive coloured card collection which formed the 'database' for consulting during the writing of the novel, ensured that after months of preparation, he could write his novel confident that he could represent the experience of wartime bombing raids as accurately as possible and, therefore, create the best novels he could create.