What he does provide is page after page of technical information - none of it lacking in interest - which gives the background to the scale of the achievement by the RAF in keeping air superiority over the south coast. It makes one wish that at some point soon a publisher will push ahead with publishing his book on the history of the aero engine, written but still not picked up.

The new preface by Len Deighton
The book has a new six sided introduction by Len. He was a witness to air battles over London in 1940 and vividly describes how the battle stopped traffic in the streets as people watched. Equally moving is his description of the impact of the later bombing raids on the people and friends around him in London.

Deighton writes how this was a personal project for him, with his objective of writing an account that was as accurate as he could make it. A former RAF flyer in Mosquitos, he writes about his experiences in flying in the crew of a Heinkel bomber from the UK to Germany and paying for the fuel with his American Express card! From this trip he made contact with German and British flyers who gave him their perspectives on the battles: the book is shot through with Len's efforts to make sure that men and machine of both sides, and their bravery, is at the heart of the story told.

The new cover design by Antoni Deighton
There is a stylistic link with the designs used by Schwartzman for the reissued novels: Antoni Deighton adopting a montage of images to bring a human element to the fore alongside the aeroplane technology. As he writes in the cover designer's note, he sought to reflect how the war combined "tremendous technological changes combined with great human emotion".

He has made a deliberate point in all three designs of reflecting the women's angle to the Battle and the war in general. Drawing on personal experiences of his grandmother, who became a welder who made night flaps for fighters, the design seeks to reflect the female contribution behind the scenes without which machines like the Spitfire would not have been possible. The colouring, too, also reflects a military outlook for this book.

What do you think? Here are the front and back covers: 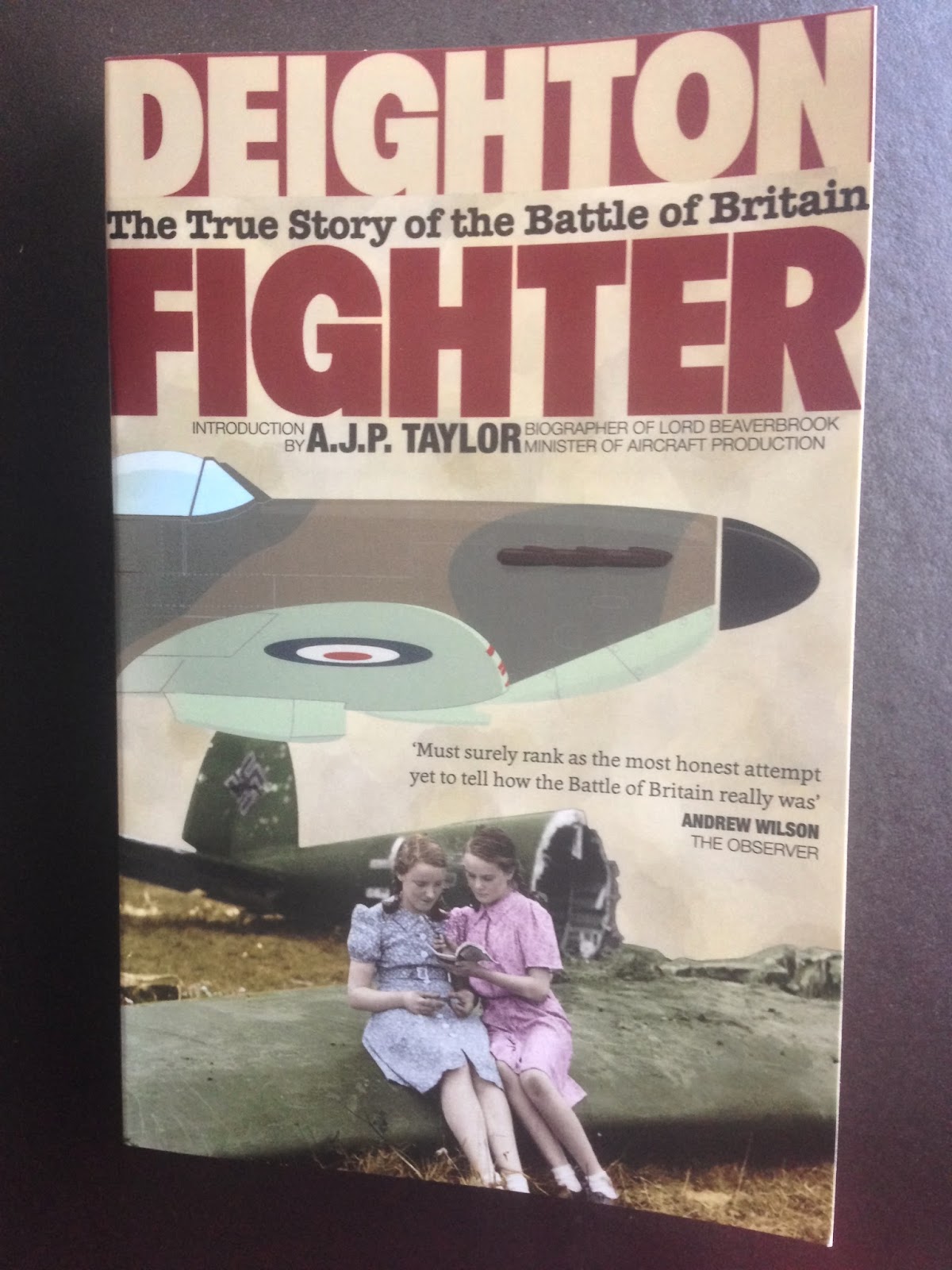 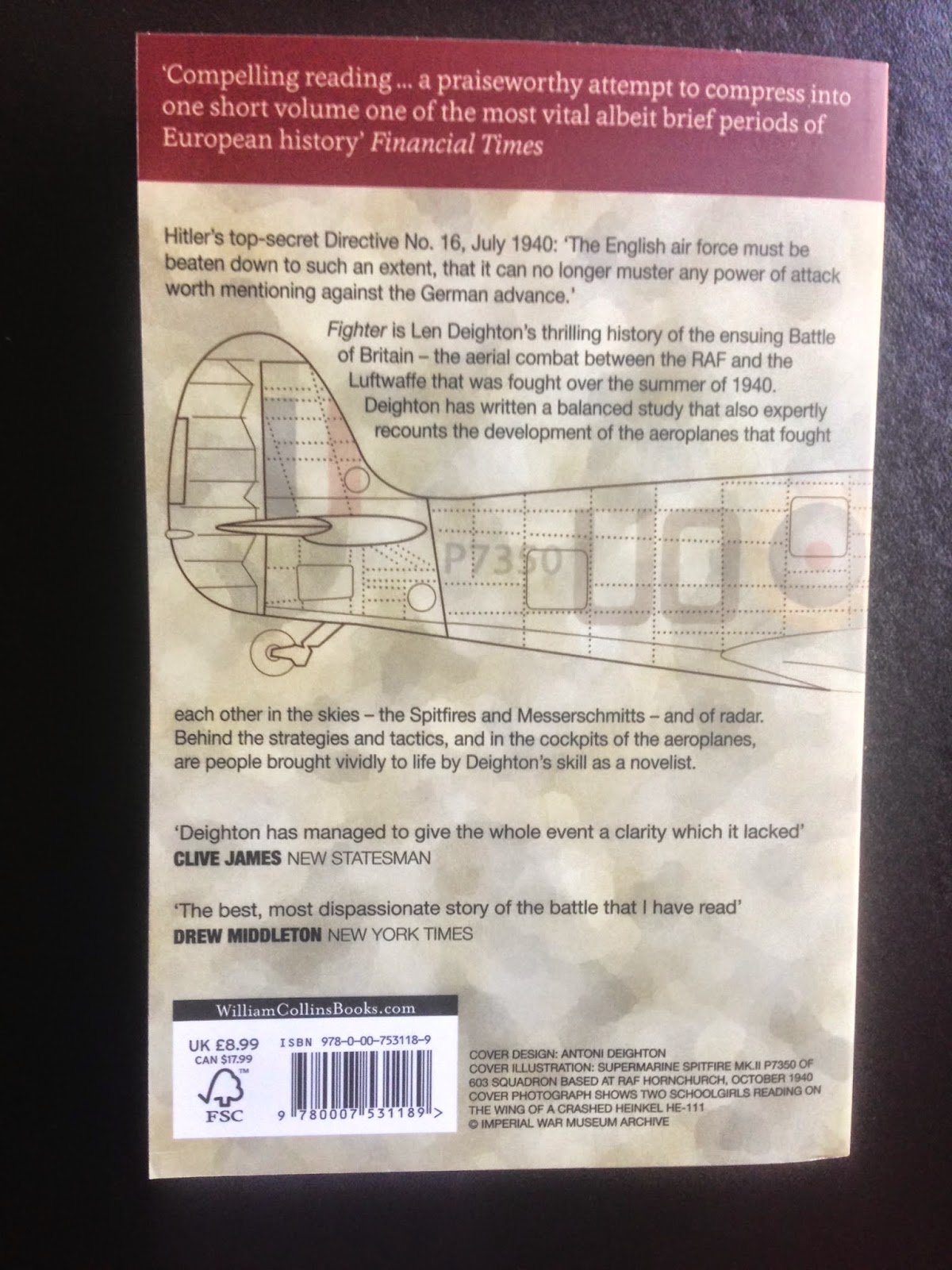