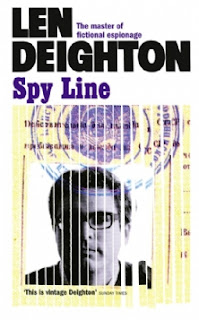 Spy Line remains a great book which adds new layers to the characters which the reader is familiar with but also quickens the pace to lead up to the dramatic finish where one thinks the outcome is clear cut. But as the subsequent three novels prove, this is far from the case.
Posted by Deighton Dossier at Saturday, February 26, 2011