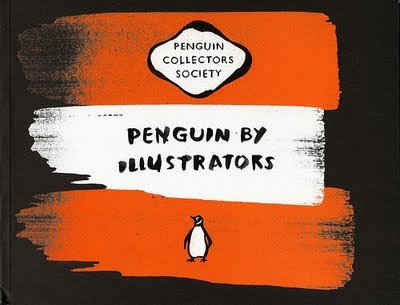 One of the lesser known aspects of Len Deighton's world is his pre-Ipcress File career as a designer and illustrator of note. In the fifties, Deighton - along with a number of contemporaries who went on to define the sixties avant garde and supported the massive cultural changes centred around Soho - was a graduate of the Royal Academy and for a time a freelance illustrator. One of his commissions was from Penguin publishers, for whom he went on to produce a number of covers for novels such as The Disenchanted by Budd Schulberg, Tender is the Night by F. Scott Fitzgerald and F. Scott Fitzgerald's Tender is the Night.

I recently purchased a book by the Penguin Collectors Society called Penguin by Illustrators, which is an interesting review of Penguin's place in the development of the book cover from the perspective of the designers and illustrators who maintained and developed the distinctive Penguin brand. Contributors to the book include design luminaries such as Quentin Blake, Jan Pienkowski and Alasdair Gray, as well as Deighton himself. The book itself charts the development of the distinctive Penguin design, from the horizontal striped design to the switch to a vertical design, and the shift from black & white line designs to full colour illustrations in the sixties and seventies. Flicking through it are some familiar covers for authors such as George Orwell, Roald Dahl and E. M. Foster.


"Long, long ago I lived in Central London. I was easy to reach. I delivered on time, and had never been known to turn away a paid job. I became an artist of last resort and often faced ferocious deadlines: 'I know it's Friday afternoon, Len, but we need it Monday morning so I'll get the proof round to you tonight ... or maybe first thing in the morning.' At Penguin, my drawings were seldom modified by orders from above - maybe they should have been. Not enough time, I suppose.


The result was a mixed bunch of covers; from them I recall John Wain's Hurry on Down, my Budd Schulberg cover for The Disenchanted and Iris Murdoch's Under the Net as being reasonably successful. The colour bands went from horizontal to vertical to make more room for cover drawings, many of which were hurriedly produced and not good enough. While money and time were lavished upon typographic perfection the artist was the last in line when it came to fees.


The advantages of using commissioned illustrations comes from the artist's skill and experience. While cover illustrations and books can vary immensely, photographs will always resemble other photographs. What photographs can equal the drawings by Paul Hogarth for Graham Greene and George Orwell, the ones that David Gentleman did for C.P. Snow's books, Romek Marber's cover for Simenon?


The cover should bring a subtle and intimate promise of what the writer has contrived: not a display of pyrotechnics."


For anyone interested in the contribution that illustrators and designers make to the success of any book, this book offers an excellent insight.
Posted by Deighton Dossier at Sunday, November 01, 2009