Would you collaborate, or not? SS-GB preview 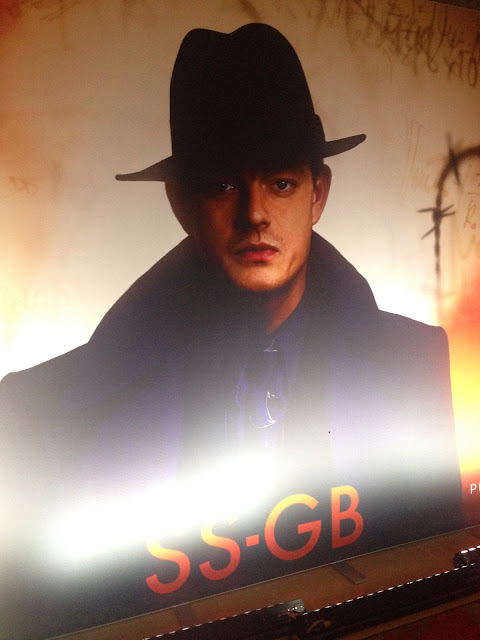 That's core to the gripping story at the centre of this five-piece BBC drama out late February, according to co-writer Robert Wade, he of Spectre fame. The producers have drawn out this key characteristic in Len Deighton's book SS-GB and made it central to understanding the tension and uncertainty at the heart of this new drama.

This evening's screening of episode one of SS-GB by Sid Gentle Films shows that the BBC has on its hand a real audience winner and a production that has done justice to Len Deighton's original book and, according to his agent, satisfied the author too.

I won't give away any plot clues or spoil the story. Rather, I'll pick out a few highlights from the episode and the Q&A afterward with Sam Riley, Kate Bosworth, Neil Purvis, Robert Wade and producer Sally Woodward-Gentle.

But get ready for Buckingham Palace in ruins!!

Authenticity - the production quality on this series is up to cinema standards, as TV is now very much on a par with Hollywood in securing the best financing and TV. No expense has been spared on costumes, vehicles, tanks, Spitfires, but also little details like accurate train tickets, advertising, graffiti on the walls, London vernacular. Nothing jars.

London the star - the producers made the series entirely in central London with various locations, as they felt no other city could stand in for London. The director Phillip Kadelbach's secret was to use handheld cameras frequently, focus in tight on the main characters rather than rely on lots of wide shots (requiring CGI and thousands of extras) and keep the camera at Archer's eye level and follow him around, to give the impression of following him on a search for clues. It looks visually stunning, certainly.

Real Germans - with a German director the producers were able to bring in the cream of German stage and screen actors. Particularly menacing and already one of the standout performances is Lars Eidiger as Standartenfuhrer Dr Huth of the SS. For the first five minutes on screen, all we hear is his voice and silhouette as an autopsy is being carried out. This is an SS man with a mission, and huge charisma too.

Follows classic police procedural memes - the discovery of the murder above an antique shop is classic detective procedural - the long glances around the room, the fishing around in cupboards, the item tucked behind a draw, the hidden hiding place, the vital clue left behind, the disinterested 'seen it all before' police doctor. Great stuff.

Central St Martin's College - really stands in well for Scotland yard. The interiors and the classic wooden doors are perfectly wartime in tone. The sets have a real stability to them, literally and figuratively.

Fantastic title sequence - makes the viewer tingle with anticipation before the TV series starts. They are wonderfully done a mix of the modern and the old, as indicated by the modern typeface introducing the actors under which their names are written in German Gothic fonts. The colours are strongly the black, white and red of the Swastika flag and this ties together into the reveal scene of Douglas Archer at the end (below). Images dissolving into each other, colours bleeding into new images, it has the pace and feel of a classic Bond dramatic opening in which you pick up the main threads of the story before the programme's even started, but without revealing too much.

Beautiful colour and sound editing - the colour palette and feel are just right - lots of browns, smudgy dirty streets, under-lit pubs and kitchen parlours, all just right for a country struggling under the yoke of the Nazis. Most of the action takes place inside, but the sound editor brings to life offices, pubs, restaurants, whorehouses and other locations beautifully with some marvellous extraneous sound designs.

The writers are fans - clear from the Q&A that Purvis and Wade are fans of Deighton's book. They revealed they wanted to write it as a five-hour film, rather than a five episode drama series, as it has a complete story which lended itself to film making. The moral ambiguity at the heart of Deighton's story is something which they saw as central to the appeal of this film to TV viewers, sitting at home, who are asked to imagine - if this was happening outside your front door, what would you do? 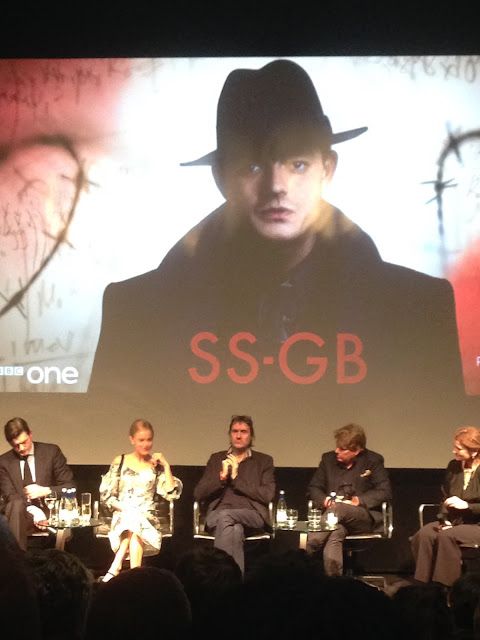 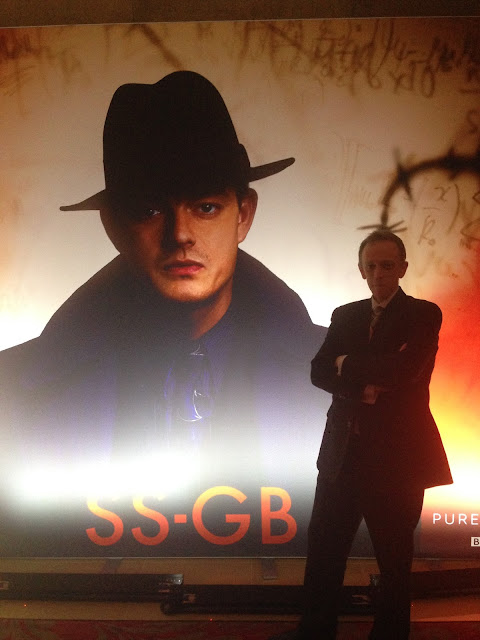