Notching up the thrill rating 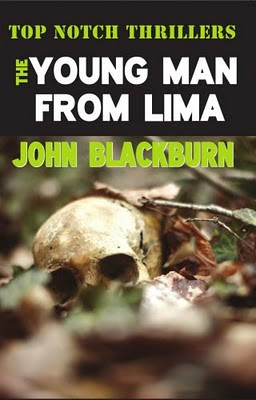 More good new from Mike Ripley, author and contributor of the 'Shot in the Dark' section of the excellent online Shots Magazine, who is also now running Ostara Publishing’s Top Notch Thrillers imprint. This aims to revive Great British thrillers ‘which do not deserve to be forgotten'. Mike's got a knack for picking out long-forgotten titles, giving them a spit and a polish and putting them back on display for a reading public who otherwise would be none the wiser.

The new titles coming include: a 50th anniversary reissue of a classic manhunt, the story of a World War II conspiracy from one of the biggest selling authors of the 1970s, an award-winning against-the-clock thriller and a Gothic chiller from an author described as the literary link between Dennis Wheatley and James Herbert.

Watcher in the Shadows by Geoffrey Household is the tense, spare story of a manhunt across England’s green and pleasant countryside in 1955 which has been described by one critic “As if Gunfight at the OK Corral had been transposed to St Mary Mead.”

Geoffrey Household, the writer widely considered to be the natural successor to John Buchan, had an unrivalled feel for the English countryside and the primitive bond between hunter and prey. First published fifty years ago in 1960, Watcher in the Shadows is a masterly description of a deadly game of cat-and-mouse which ranks comfortably alongside Household’s legendary Rogue Male.

Under his real name, John Broxholme was a distinguished journalist and Chairman of the Crime Writers’ Association, but it was as Duncan Kyle that he achieved international fame from the moment his first thriller, A Cage of Ice, became an instant bestseller on publication in 1970.

Francis Clifford was one of Britain’s most respected thriller writers from his first well-crafted mysteries in the late 1950s to his untimely death in 1975. His 1974 novel The Grosvenor Square Goodbye was a sensation on publication, won the Crime Writers’ Silver Dagger and was serialised in national newspapers.

The action of the book takes place in less than 24 hours and begins with a crazed lone gunman bringing the West End of London – and the American Embassy – to a violent halt. But nothing, absolutely nothing, in this ingenious ticking-clock thriller can be taken for granted.

The Young Man From Lima, first published in 1968, shows all the trademark touches which made author John Blackburn “today’s master of horror” (Times Literary Supplement).

Blackburn held a unique place among British thriller writers of the 1960s, adding his own taste for the Gothic and the macabre to the conventions of the thriller, the spy story and the detective novel, and always at a ferocious pace. As a writer he is seen as the literary link between the work of Dennis Wheatley and James Herbert and many of his plots were based on scientific or medical phenomenon presaging the work of writers such as Michael Crichton.


Since its inception, Top Notch Thrillers has reissued 12 novels from the heyday of British thriller writing – the 1960s and 1970s. Ripley, himself an award-winning crime writer and a member of the International Thriller Writers organisation, says:

“It’s a fantastic honour to be re-issuing many of the thrillers I grew up reading, but it is not just a question of nostalgia. The range and distinctiveness of British thrillers forty years ago was staggering, and the sheer quality of imaginative writing then simply does not deserve to be forgotten.”

Full details of all Top Notch Thrillers can be found on the Ostara website.
Posted by Deighton Dossier at Wednesday, August 11, 2010