As a collector of Len Deighton's output (along with a couple of other authors) for a number of decades, through talking to dealers, scouring second-hand book shops and trawling online sites like ABEBooks, I've got a pretty good idea of what the market is:

That allows me, as a collector, to be more focused and targeted and ensure that any spare cash I use on adding to my collection, is well-used and helps me get a more complete collection.
Every so often, something comes along that I've never heard of or seen before for sale; one recent example explored here on this blog was the SS-GB Whitehall postcard - super rare - which I found after years of searching. Surprisingly, within a couple of months, I found another (which I purchased) that included some of the original publicity content sent out to booksellers.
Feast and famine, and serendipity. Such is the experience of the serious book collector.
This week, I found another item that was totally off my radar. It's a limited edition book of illustrations, called An Alphabet in praise of Frogs and Toads by John Norris Wood. And, it has a foreword by Len Deighton (as a serious collector, I don't collect just Deighton's books, but his forewords and book jacket illustrations too). 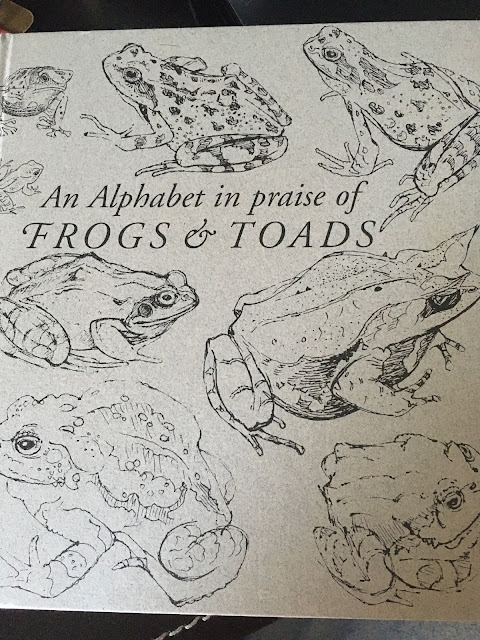 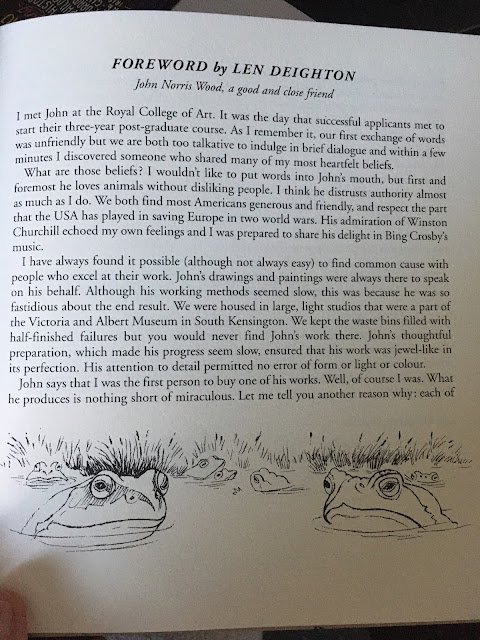 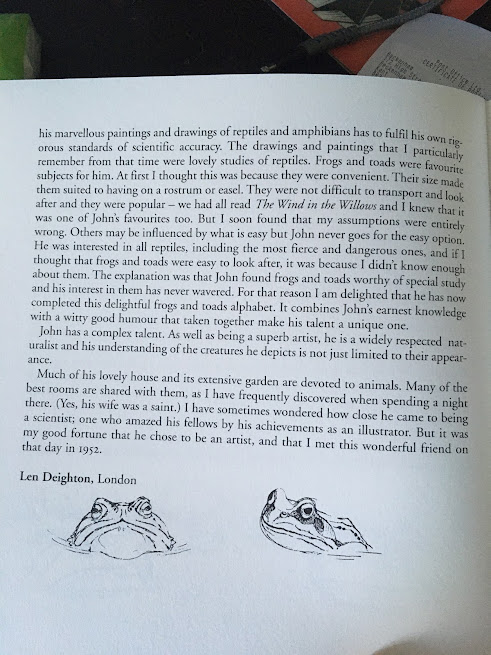 Why? Well, it turns out Wood and Deighton were fellow students at London's Royal College of Art, where both were graphic designers and illustrators. Deighton's forward recalls his time at the college and his friendship with Wood. The book itself is simply page after page of - admittedly well done - pictures of frogs and toads. But, as a limited private printing of just 320 copies, it's rare.
I checked with other collectors and online and found that the market price was in the £2-300 mark.
Me? I paid £50 online for it. I'd consider that a bargain for something so rare.
It just goes to show that for those of us who enjoy collecting books - of whatever kind - there's always something new to find, and that's why we do what we do; that's why collectors are rarely satisfied or say to themselves, "You know, I'm done."
Happy collecting.
Posted by Deighton Dossier at Friday, February 26, 2021