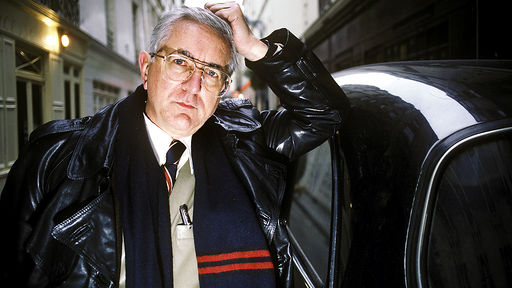 By the time of the novels setting, mid-1943, the British public school system, which had long provided all the men needed to run both the British military and the empire, could no longer satisfy the enormously thirst for manpower required to sustain the war effort. To be selected as an officer it had been enough to have been a member of the cadet force of a public school. But, in the early war years, the British military had performed abysmally. Finally scientific selection testing was introduced and by the 1943 the services were recruited talented middle class kids as officers. In some exceptional cases even working class men attained commissioned rank following battlefield promotions. The changes that expediency forced on the British military eventually found a similar expression in wider British society, some twenty years later.
In 1960s Britain, for the first time ever and for a short time, it became fashionable to be working class. This being in no small part due to the combination of ‘baby-boom’ demographics and the popularity of pop groups such as The Beatles. Along with working class celebrities came realistic writing about working class characters. Novels such as Saturday Night and Sunday Morning and others of the social realist school were actually about working class characters. These were the so called kitchen sink dramas, many of which were filmed.

Despite what the film producer Harry Salztman thought about the character who Michael Caine would play in The Ipcress File, Len Deighton’s nameless creation was not a working class spy. He was a grammar school lad who, following distinction in combat, and a bit of luck, had made it, as it were, to the Officers Mess. He’s accepted because he has the right sort of skills to get the job done. However, he remains an outsider despite being the intellectual match for his colleagues and bosses who knew each other at public school and call each other names such as Piggy and Ferdy.

Of course, Harry Palmer, to use the nameless spy’s movie name, owes more than a little to the hardboiled, cynical heroes of American crime fiction. Deighton expertly translated that style to make a wisecracking British hero for the espionage genre who is frequently at odds with his public school educated bosses. The result, a new spin on the popular spy genre, and worlds away from James Bond.

As Deighton’s writing career developed he went on to examine in much greater detail the lives of fighting men. Bomber and City of Gold capture beautifully the lives of the British at war, with the enemy and with themselves. Yet Deighton portrays people on their own merits, he has never resorted to the easy ideological thinking about the classes. His public school educated characters, such as Thunder in City of Gold and Squadron Leader Munro in Bomber, are also responsible fellows with competence and sensitivity.

Len Deighton’s writing shows compassion and admiration for the men who place themselves voluntarily in mortal danger. The man digging through bombed rubble to rescue a woman and a child. The man punishing himself with undeserved guilt that his actions may have left his men injured or dead. Compassion for men going off day after day to life threatening conditions. That such men were called upon, time and again, to step forward is the story of the first part of the 20th century and the main theme of Deighton’s writing.

Most surprisingly, we find, besides the compassion, a fascination, if not a love, of the technology of war. In Bomber we get an even handed depiction of the means of slaughter on both sides. The organization and technology of Germany’s night defence is presented as an engineering solution applied to the problem of aerial bombardment. And Deighton is not afraid to describe it in great detail. The whole premise of Bomber hangs on a complex technical sequence where, as is generally the case with aviation accidents, several things go wrong simultaneously. (A pathfinder Mosquito following a radio beam drops its marker bombs a few minutes too early and a small village, rather than an industrial town is bombed.) Having got his hands dirty talking about class Len Deighton is not afraid to get into the technical nuts and bolts either! That a fiction writer should even attempt such a thing makes him very special.

There seem to be a few, ‘roads not taken‘ (Hopefully, eventually we’ll get to hear more about them: The aborted Vietnam USAF book; the film directing career that he once aspired to). Yet the trajectory of Deighton’s writing career has been remarkable. His very first novel was a game changer, best seller and a major film. He then used his fame as a springboard to ever more ambitious projects. Moving from the first person style to more complex mixes of viewpoints. He expanded his scope to look at the American military social structure in Goodbye Mickey Mouse. His history books, when they appeared, were almost unique in the English language, he was able to tackle aspects of the Second World War denied to many researchers. Deighton, as a renowned fiction author had priceless research contacts drawn from the wartime German military. He was even a pioneering user of wordprocessors for fiction writing.

Now, by 2014, Len Deighton has created a truly remarkable body of work and broke many of the ‘rules’ of fiction. He has tackled much and achieved much and Len Deighton, true to his roots, has proved to be one of the hardest working writers of his time."