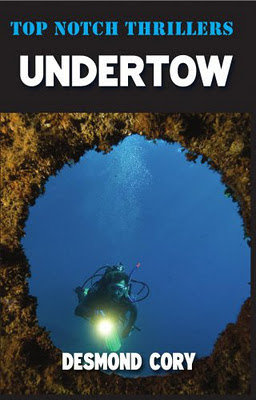 Author Mike Ripley - who's a keen reader of this blog - has made it his own one-man mission to resuscitate, rescue and re-purpose British thriller books that have gone out of print but which deserve their day in the sun again. His Top Notch Thriller imprint has over the last couple of years republished over fifteen books by British thriller writers.

It's set in Paris in 1979 and follows the trail of a young, CIA-trained agent Cody, who's now left the CIA and is living in Paris with her lover. She gets caught up in the fever pitch of the election in France when it appears sinister forces are set up to bring down the Government. Though she is trying to escape the spying game, after a former colleague reveals to her secret information before he is killed, she is forced to track down the real story behind a scientist, Jean-Louis Ladouceur.

From being a by-stander at a shooting, Cody becomes the central player in a spy drama that moves from Paris to Berlin and tests her agents skills to the limits.

It's a good read, which I polished off commenting on the train over one week. Always good too to read stories with female espionage heroines, which in 1979 were still a relatively new phenomenon. Author David Brierley was described then as a new name joining the range of the world's great spy fiction writers.

To celebrate Mike's efforts in promoting British thriller writers, I've agreed to run a little competition for Deighton Dossier readers. The prize: a copy of another Top Notch Thriller - Undertow, by Desmond Cory, the story of Johnny Fedora, a half-Spanish, half-Irish assassin contracted to British Intelligence, who's charged with getting to grips with a KGB plot to uncover secrets from a sunk U-Boat in the Mediterranean (shades of Horse Under Water!). This character made his debut in 1951, two years before the arrival of James Bond.

To win this book, please answer this question (and send your answers to me at deightondossier [AT] me [DOT] com):

What is the name of the film about German U-Boats by Wolfgang Petersen from 1981, which starred Jurgen Prochnow?

Competition closes 12 December. No correspondence will be entered into. Judge's decision is final. One winner from the winning answers will be picked at random. Winner will be notified through email.

We have a winner: Matthew Comstock!