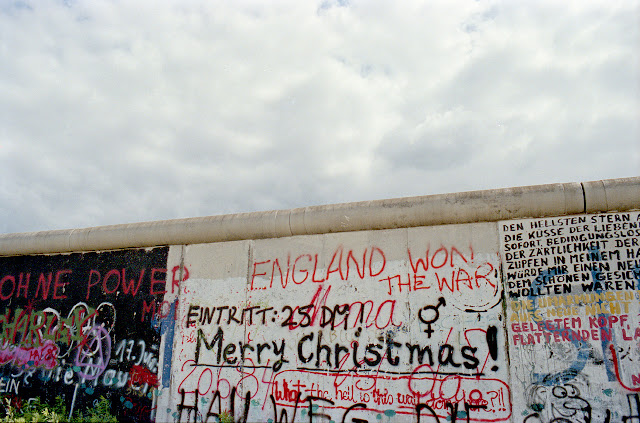 '"Cheer up, Werner. It will soon be Christmas," I said.'
Bernard Samson to Werner Volkmann, first line, Chapter 1, Mexico Set
Like Bernie and Werner in Werner's Audi in freezing West Berlin, we're all waiting for Christmas.
So it's an appropriate time to wish all readers of this blog - plus visitors to the main Deighton Dossier website or the Facebook group - Yuletide wishes. While blog posting this year has been rather light, on the Facebook group particularly there's still been plenty of good discussions among collectors and readers of Deighton's books.
And early in 2022 for viewers in the UK - and certainly later on in the US and likely other TV markets - we'll get to see another of Deighton's spy creations - 'Harry Palmer' (as he became) - who will be seen played by Joe Cole in the new ITV drama series The Ipcress File, broadcast 33 years after the last TV series (also on ITV) featuring Bernard Samson, Game, Set & Match.
Hopefully, the new series will bring renewed interest in the books, the character and, of course, the author.
Posted by Deighton Dossier at Thursday, December 23, 2021