Arnold Schwartzman, Len Deighton's friend and collaborator on a number of books, emailed me recently to say he's now completed the full set of covers for the Harper Collins reissues of all of Len Deighton's fiction works.

Having seen them all, I can say they're on a par with the original set of Ray Hawkey covers, in the sense in which they innovate and provide a consistency of design across all the books, and give the book buyer a clear sense of what themes the book is exploring.

Make up your own mind by checking out the covers in this online gallery.

Reproduced below are the covers for the final four books in the reissue series, coming out in 2012. Noticeably, Arnold's chosen to adopt a common theme running across the books, of a pair of spectacles, worn by the hero. The 'spy with no name', a certain Harry Palmer? Given that Palmer (unnamed spy) isn't in Spy Story, for example - based on my understanding of the story and a reference by Len in a previous edition - might this cause confusion? To the book-buying public, probably not. The covers are on a par with all the others produced so far, and Arnold's to be congratulated on revitalising Len's existing collection of stories. 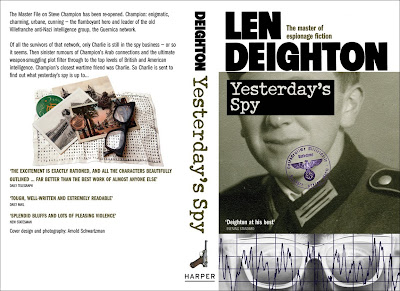 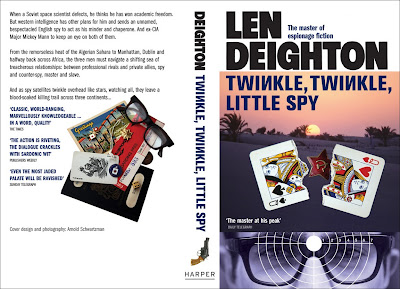 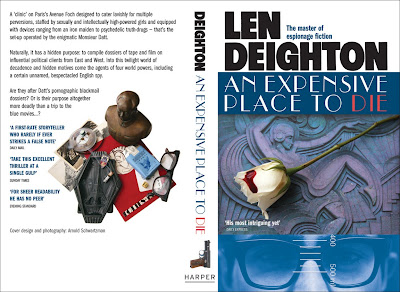