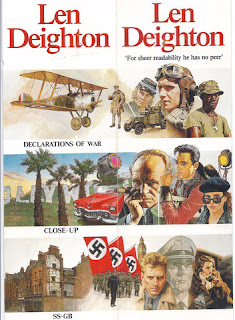 I ask because when I first read Berlin Game, Mexico Set and London Match in their original covers, the apple jacket designs by the legendary Ray Hawking were abstract - they hinted at something, riddles you knew would unfold once you opened the covers. Intrigue. Betrayal. Corruption. All in one simple, apple-y metaphor.
There were no characters on display. No gruff Bernard Samson; no sexy, coquettish Tessa Kozinski; no roguish Silas Gaunt. The image I had of these characters was built up page by page, each adjective and adverb adding a layer to the understanding of who that character was. Every reader has his or her own image of the character. So when in 1988, for example, ITV bought to life Bernard, Tess, Silas and others in the TV adaptation, it challenged readers' perceptions of their favourite character. Was Ian Holm really the tall, well-built, bespectacled hero spelt out on the pages of the novel?
Deighton didn't think so; as he explained on this blog recently, he stopped repeats of the series precisely because the actors selected didn't match his understanding - in his mind - of how the characters existed.
When Faith, Hope and Charity were published by Harper Collins in the mid-nineties, the subtlety of the Hawkey covers was exchanged for photographs by Bebop Alexander, enhanced by Joe Partridge with a brushstroke technique. Here brought to life in photo-realistic detail were the main characters: Bernard, Gloria, Dicky, Bret.
And they were completely different to how I had imagined them. There was now a disconnect between the 'official' characters, and the characters I had conjured up in my imagination. My Gloria was sexier than the Gloria of Partidge's cover; my imagined Samson wore different glasses to the Samson on the cover of Charity. And I felt a little let down. I had to re-callibrate the way I read, the way I imagined the story. Was this the 'official' Samson. Was mine more authentic.
Similarly, readers of Le Carré will have imagined their own Smiley - were they imagining Sir Alec Guinness behind their eyes? Do modern readers of Casino Royale inextricably flash back to Daniel Craig, or is their own idea of Bond stronger?
Perhaps, in the end, it doesn't matter. But it's something that's always stuck with me since seeing the front cover of Faith. Werner wouldn't have a moustache like that, would he?
________
Enjoy Gordon Crabb's cover art selection: 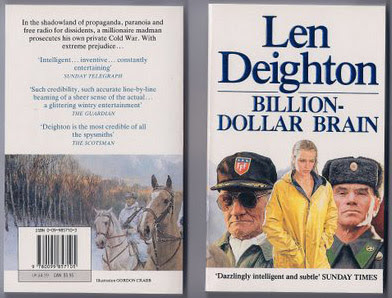 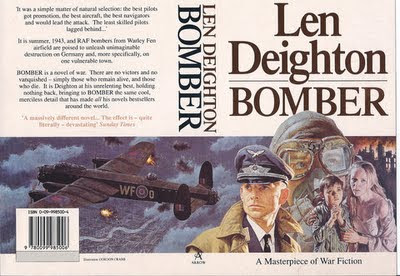 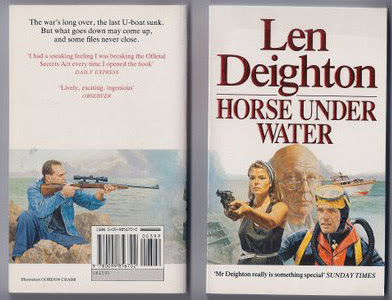 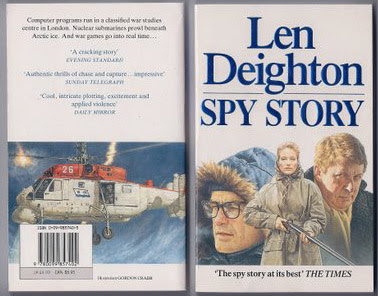 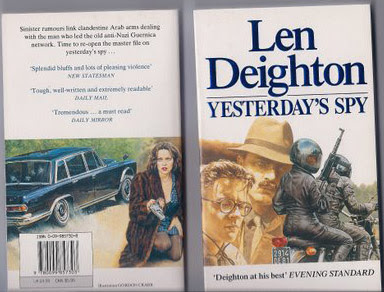 For comparison, check out the cover images for Faith, Hope, and Charity: 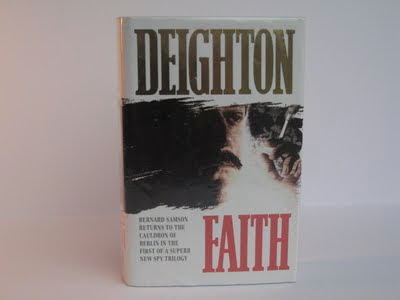 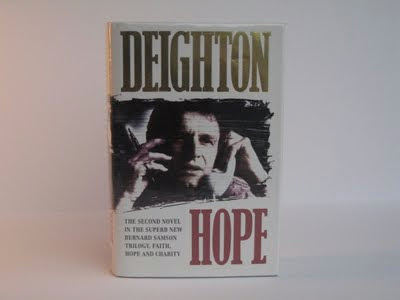 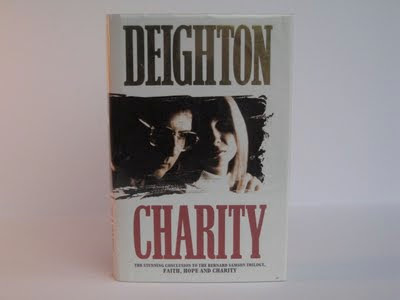