Bomber omission? Deighton up for prize ... 40 years after the event 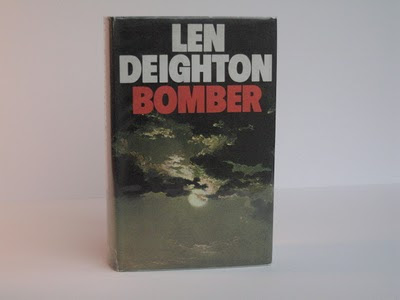 In 1984 writer Kingsley Amis named Len Deighton's Bomber as one of his 99 books of the twentieth century. 40 years on from its publication, Bomber may be up for another - albeit belated - prize.

Len Deighton is just one of a panoply of great British authors - including Susan Hill, David Lodge, Ruth Rendell and Patrick White  - who are being given the chance to win the Man Booker prize, forty years after the prize should have been awarded. The Lost Man Booker Prize, which has been unveiled today with some good media coverage, is a one-off prize to honour books published in 1970 which missed out on the opportunity to win the Booker Prize.

As the official Man Booker Prize website states: "In 1971, the Booker Prize ceased to be awarded retrospectively and became, as it is today, a prize for the best novel in the year of publication. At the same time, the date on which the award was given moved from April to November. As a result of these changes, there was whole year's gap when a wealth of fiction, published in 1970, fell through the net. These books were simply never considered for the prize."

Three judges - all of whom were born in or around 1970 - has been appointed to select a shortlist of six novels from those books. They are journalist and critic Rachel Cooke, ITN newsreader Katie Derham and poet and novelist Tobias Hill.

Their shortlist will be chosen from a longlist of 22 books which would have been eligible and are still in print and generally available today. Bomber is on that shortlist.
It would be nice to think that fans of Deighton's wartime fiction could get an opportunity to vote for Bomber if it appears on the shortlist. But that is in the say of Cooke, Derham and Hill...and Deighton's up against some stiff competition. Let's see if they make a wise choice!
The long list in full
Brian Aldiss, The Hand Reared Boy
H.E.Bates, A Little Of What You Fancy?
Nina Bawden, The Birds On The Trees
Melvyn Bragg, A Place In England
Christy Brown, Down All The Days
Len Deighton, Bomber
J.G.Farrell, Troubles
Elaine Feinstein, The Circle
Shirley Hazzard, The Bay Of Noon
Reginald Hill, A Clubbable Woman
Susan Hill, I'm The King Of The Castle
Francis King, A Domestic Animal
Margaret Laurence, The Fire Dwellers
David Lodge, Out Of The Shelter
Iris Murdoch, A Fairly Honourable Defeat
Shiva Naipaul, Fireflies
Patrick O'Brian, Master and Commander
Joe Orton, Head To Toe
Mary Renault, Fire From Heaven
Ruth Rendell, A Guilty Thing Surprised
Muriel Spark, The Driver's Seat
Patrick White, The Vivisector
Bomber is the story of a night-time RAF raid over Germany told from the point of view of the aircrew and the German civilians and soldiers on the ground. Sam Lambert is an experienced RAF men sent to an East Anglian bomber station. He is a heroic flyer, loved by his men, but a man who is at breaking point after multiple missions over enemy territory. Through his eyes and that of his crew and the ground staff, we follow the intricate preparations necessary to deliver night bombing raids over German. The novel is a devastating indictment of war and the role of individuals as small cogs in a vast military machine, as a mistake means that tens of thousands of tonnes of explosive is dropped, not on its industrial target Krefeld, but on the small town of Altgarten, with devasting effects.

Its excruciating details of the impact of the bombing on Germany - only 25 years after the end of the war - shocked people in the UK when it was published, and is still as accurate as any formal history in giving you a sense of what world war two in the air was really like...and it’s not pleasant. One of Deighton’s classic books, for an untrained historian he’s spot on the mark with his analysis of the strategic and local impact of allied bombing. The equivocation in the storyline, focusing on the impact of bombing on the German civilians as well as the fights in the air, did cause consternation upon its publication. The book worked extremely well as a BBC Radio 4 play, which was broadcast in real time over one day on the sixtieth anniversary of the end of the war to recreate the effect of listening to a real bombing raid play out.
The Sunday Times described the novel as "quite literally - devastating."
The Spectator at the time called the book: "Masterly and by far Mr Deighton's best" (don't you miss that old-school civility!)
Posted by Deighton Dossier at Monday, February 01, 2010